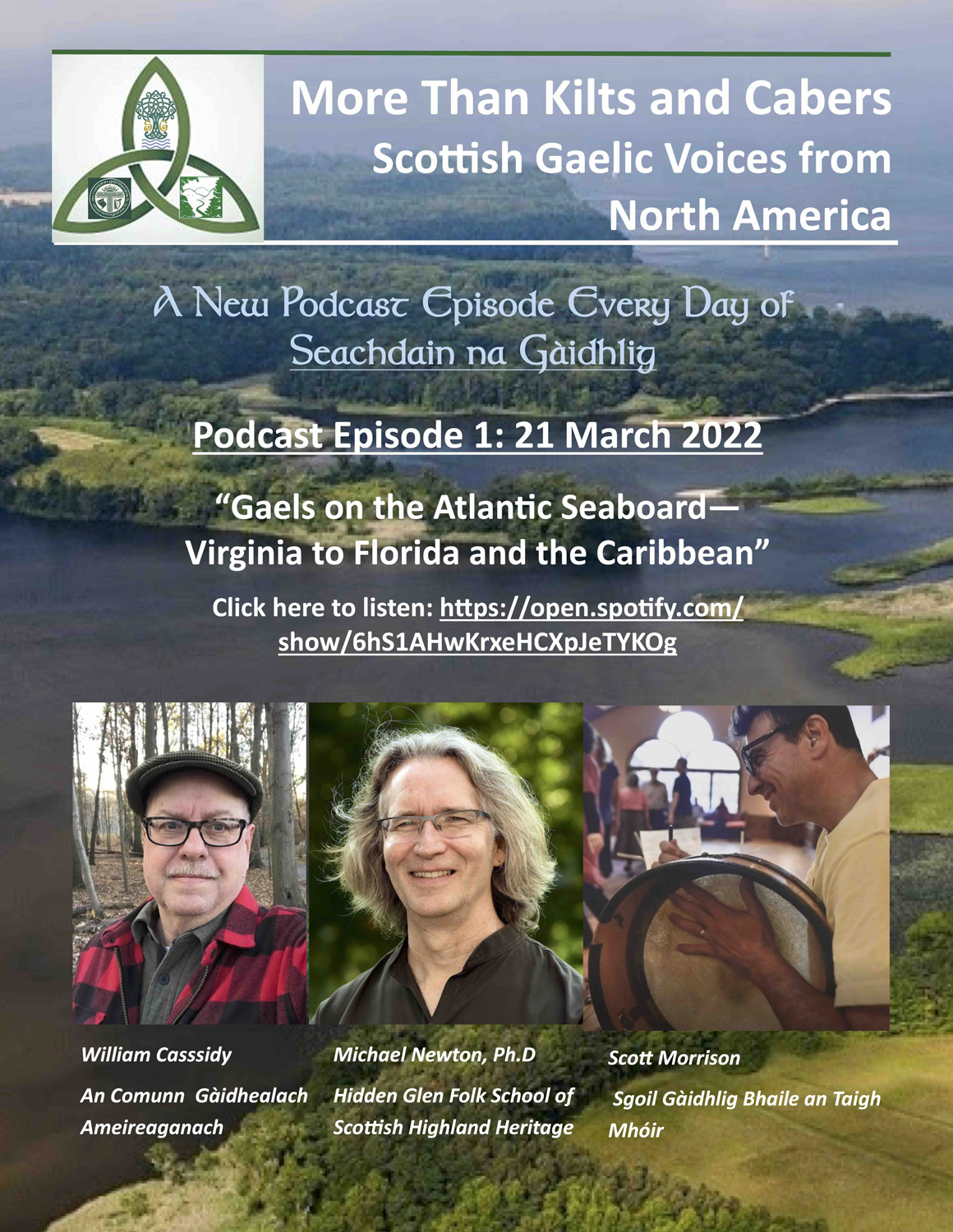 More Than Kilts and Cabers: Scottish Gaelic Voices from North America is a new seven-episode podcast that will be broadcast during Seachdain na Gàidhlig / World Gaelic Week, March 21st through 27th. A new podcast episode will be released every day to explore a different region of North America, discussing the history of Scottish Highland immigrants to the area and the songs and stories that survive to attest to their lives and struggles.

Up to about the First World War most Highlanders spoke Scottish Gaelic as their native language, and some knew no other language. It is not hard to find the celebration of Scottish Highland heritage in the forms of kilts and Highland Games, but few people today seem to realize that these immigrants left us a record of their experiences, thoughts, and feelings in the form of songs and poems, and that this was in fact their favored form of cultural expression as individuals and communities. If we care about the history of Scottish Highlanders as immigrants, and want to understand their lives and perspectives, we need to listen to those voices in their native language – even if we need to translate those Gaelic voices to English.

March 21: The Atlantic Seaboard From Virginia to Florida and the Caribbean: https://open.spotify.com/episode/6X9HYzdaFiyKYUWcHiahO2?si=wQ1HH4NESw6xAsQRN2KOJg
March 22: New England and the Canadian Maritimes
March 23: New York, Ontario, and Quebec
March 24: The Upper Mid-West States and the Canadian Prairies
March 25: The Pacific West from Alaska to California
March 26: Missing Evidence, Ethnic Myths, and Gaels of Many Colors
March 27: Keeping Gaelic Voices Alive in North America 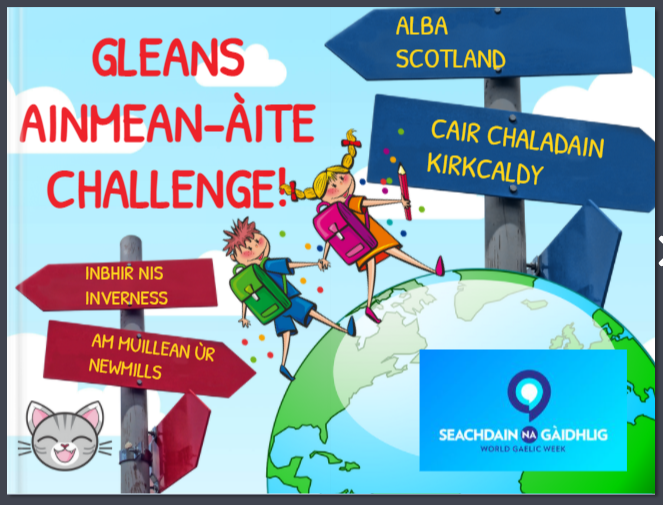 GLEANS Challenge: Ainmean-àite – What Gaelic place names are there in your local area?
Scroll to top

This site uses cookies. By continuing to browse the site, you are agreeing to our use of cookies.

We may request cookies to be set on your device. We use cookies to let us know when you visit our websites, how you interact with us, to enrich your user experience, and to customize your relationship with our website.

Click on the different category headings to find out more. You can also change some of your preferences. Note that blocking some types of cookies may impact your experience on our websites and the services we are able to offer.

These cookies are strictly necessary to provide you with services available through our website and to use some of its features.

Because these cookies are strictly necessary to deliver the website, refuseing them will have impact how our site functions. You always can block or delete cookies by changing your browser settings and force blocking all cookies on this website. But this will always prompt you to accept/refuse cookies when revisiting our site.

We fully respect if you want to refuse cookies but to avoid asking you again and again kindly allow us to store a cookie for that. You are free to opt out any time or opt in for other cookies to get a better experience. If you refuse cookies we will remove all set cookies in our domain.

We provide you with a list of stored cookies on your computer in our domain so you can check what we stored. Due to security reasons we are not able to show or modify cookies from other domains. You can check these in your browser security settings.

We also use different external services like Google Webfonts, Google Maps, and external Video providers. Since these providers may collect personal data like your IP address we allow you to block them here. Please be aware that this might heavily reduce the functionality and appearance of our site. Changes will take effect once you reload the page.